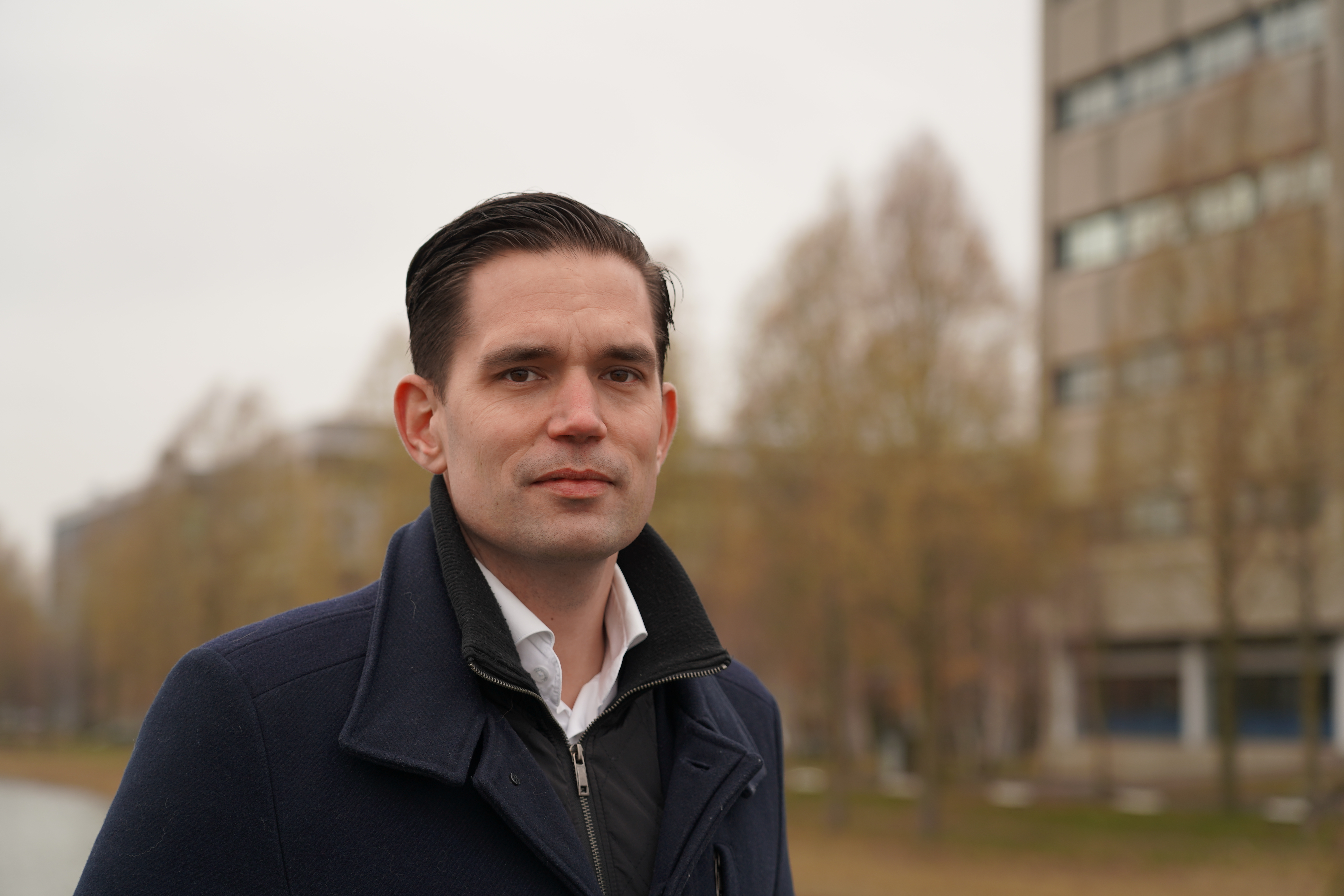 ‘Data is the new resource and the new currency’ Artificial Intelligence (AI) is a game changer both for industry and society. To ride the wave of this technological revolution, High Tech Campus Eindhoven together with NXP, Signify, ASML and Philips is opening the AI Innovation Center on Campus in April. In this 1100 square meter hub companies can develop strategies, talent, knowledge and skills in the vastly evolving field of AI. In this interview series, business and innovation leaders share their insights on the role of AI both in their companies and the world at large. Part 1: Sebastiaan Laurijsse, Chief Transformation Strategist at Splunk and initiator of the AI Leadership Forum.

‘Whoever owns the data, owns the world,’ Sebastiaan Laurijsse, former senior director of IT at NXP, replies to explain what the incentive was for NXP to co-invest in the new AI Innovation Center. ‘It’s important to invest in the AI ecosystem. It allows us to develop knowledge skills, keep an eye out for new talent and maintain our position in the market regarding AI.’

That position is impressive. NXP is one of the leading companies worldwide in developing AI on the edge. Their chips, whether microprocessors or microcontrollers, are installed in edge devices ranging from smart refrigerators to fitness wearables. Special AI capabilities installed on the chip collect and process data locally at very low energy costs. ‘In that low power high processing segment our MCU capabilities are really unique. For instance, we developed AI for a smart microwave that will use different heating intensities for different types of food on the same plate, so that all the macronutrients are kept intact.’

The data that NXP’s smart chips collect is meant for their clients, the platforms that host the smart appliances. But NXP also has a data collecting proposition of its own, called MIFARE 2GO, a cloud service that combines AI solutions for smart public transit. Laurijsse: ‘NXP is using NFC technology in combination with smartphones to develop things like smart turnstiles or digital chip cards for public transport that can be installed on your phone.’

NXP also applies AI to its internal processes. Algorithms help the accounting and financial departments to improve their services. And Laurijsse’s former IT department has recently developed a predictive model that helps engineers working from home to identify IT problems. ‘Previously it took us 180 to 200 minutes to diagnose the cause of an IT problem, like bad WiFi or forgetting to renew a password,’ says Laurijsse. ‘The new system can show the engineer much faster where the problem most likely occurs, bypassing the human operator.’ The model came in handy during the pandemic, where the number of NXP employees working from home increased from 3,000 to 15,000 in mere weeks.

Last but not least, NXP is a big player in the automotive market where it develops chips, cameras and sensors in fields ranging from battery management to object detection,  paving the way for the self-driving cars of the future. ‘A car is also a big edge device,’ says Laurijsse. However, the former NXP manager is realistic rather than optimistic when it comes to autonomous driving. ‘The field is still in its infancy. Many people think we are already at level five [maximum driving autonomy], but it’s really more like level two. Sure, there are already self-driving cars, but they operate in a fully controlled environments. It’s like they’re driving on virtual rails. There are so many safety conditions that the only outcome is success.’

Laurijsse sees a parallel there with the discussion about what AI actually is. Today AI mainly focuses on statistical analysis, collecting data to train systems to discover patterns and make predictions. That kind of AI requires tremendous computing power. But to Laurijsse real intelligence entails more than making predictions based on what a system knows, like the virtual rails of the driverless cars. 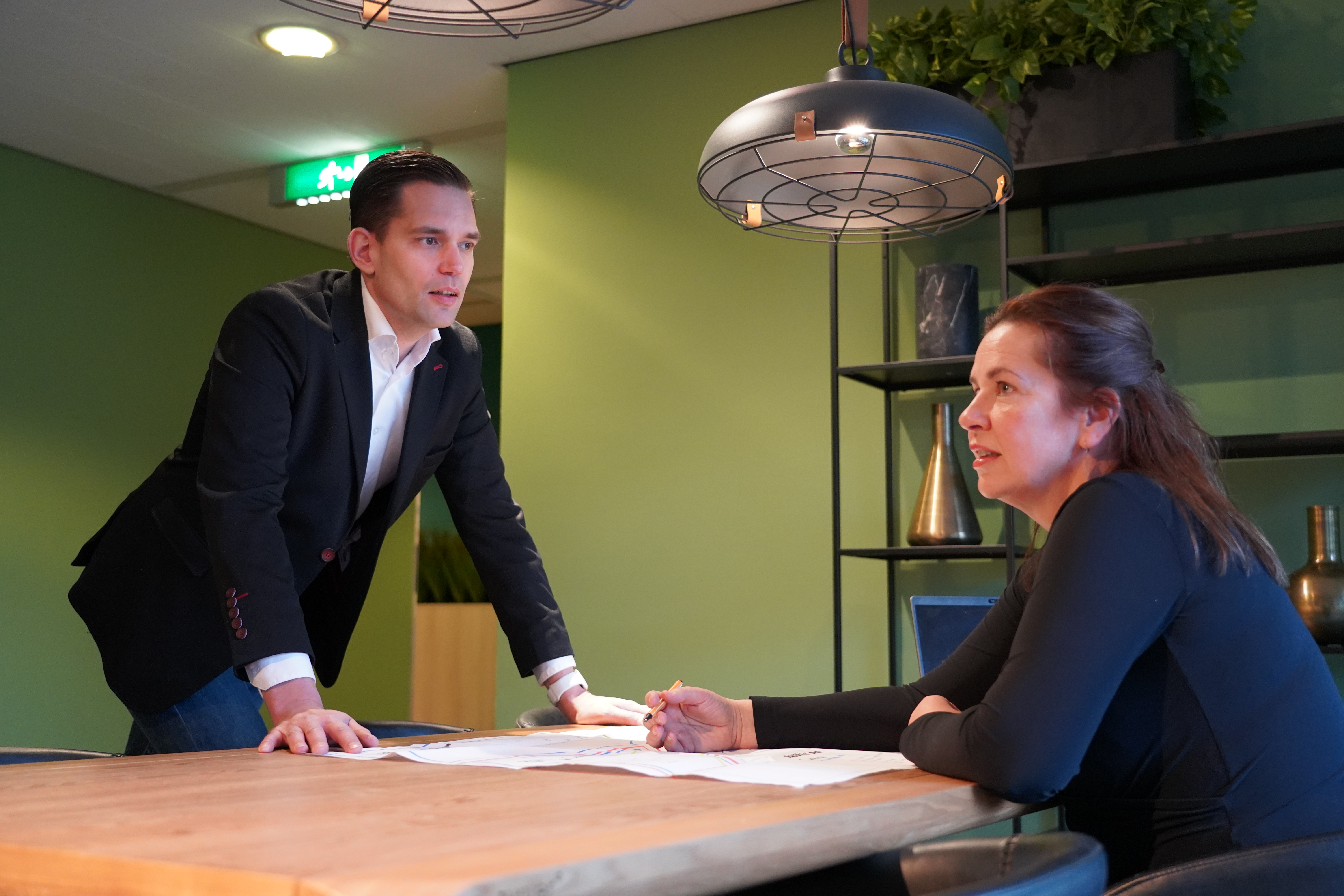 What do you consider to be real artificial intelligence?

Laurijsse: ’Real AI can also make good decisions in new and untrained situations. In other words, better decisions with less data. To do this the system has to be enriched with a certain amount of knowledge and information, just like a human being. We have amassed so much knowledge that we only need one word to understand an instruction, instead of entire sentences.’

Is the field too much focused on statistical analysis?

‘No, it’s just the way it is. We used to drive three kilometers on one liter of petrol, whereas today it’s much higher. New technologies often start with a surplus of resources, only to make things more efficient later on. It’s a natural reaction. But I also think that in the case of AI innovation is not blocked by knowledge and expertise, but by ethics, laws and regulations.’

Ethics is a hot and as yet unsolved topic in AI. Who is responsible when a driverless car hits a pedestrian? In China jaywalking pedestrians already get an instant fine when spotted by a smart camera. And many AI scientists and engineers are protesting the development of AI weapon systems or ‘killer robots’ that can pull the trigger based on data.

Should we build everything we can build?

Laurijsse: ’You could argue that we should sacrifice privacy to improve efficiency, for instance in waste reduction. By combining different data sources you can do a lot of good. But there’s also the other side. Facial recognition can be used to catch criminals, but dictatorial regimes can also use it to suppress and spy on their own population. However, I feel that we can still improve in data sharing, because there are a lot of use cases that are extremely valuable if data was shared.’

Could you give some examples?

‘You could combine someone’s medical data, like blood research, with data about his or her dietary habits to see the effect of food intake on long term health. I live close to a chemical industrial site that leaks toxic waste from time to time. If you combine data from those leaks with the medical data of the local population, you could see the immediate results of a toxic waste incident on public health. Now it’s a manual process that takes seven to ten years, but data sharing and AI could shorten that to a few months. But we haven’t developed the ethical framework to orchestrate and safeguard data sharing yet.’

How to build such a framework?

‘That’s a good question. I’m thinking of a platform for data sharing that provides shared open standards and monitors the process. Something like the Supervisor authority in the telecom industry that safeguards against cartel agreements. You need both a legal and a technical framework that is data driven, so the whole process from utilization to application can be fully monitored.’

Is it something you want to work on yourself?

‘Personally I have decided to explore the whole field around data for some time. That’s why I have decided to leave NXP next year to work for Splunk, a data platform that wants to transform the fields around data, cybersecurity, IT and AI. My ambition is to eventually have a leading role so I can have a chance to do some good in the data driven world.’

Can you be more specific?

‘Data is the new resource, the new currency. It’s important to know what it can do and how you deal with that. A company has a social and ethical responsibility about the products they launch and as a leader you share that responsibility. If you cannot resolve ethical issues in a technical way, than perhaps you can do it contractually. If another company wants to use that smart microwave as a weapon, then perhaps you shouldn’t do business with them.’

Sebastiaan is one of the keynote speakers during the first edition of the AI Leadership Forum on April 22nd.

See the full list of speakers and register here! 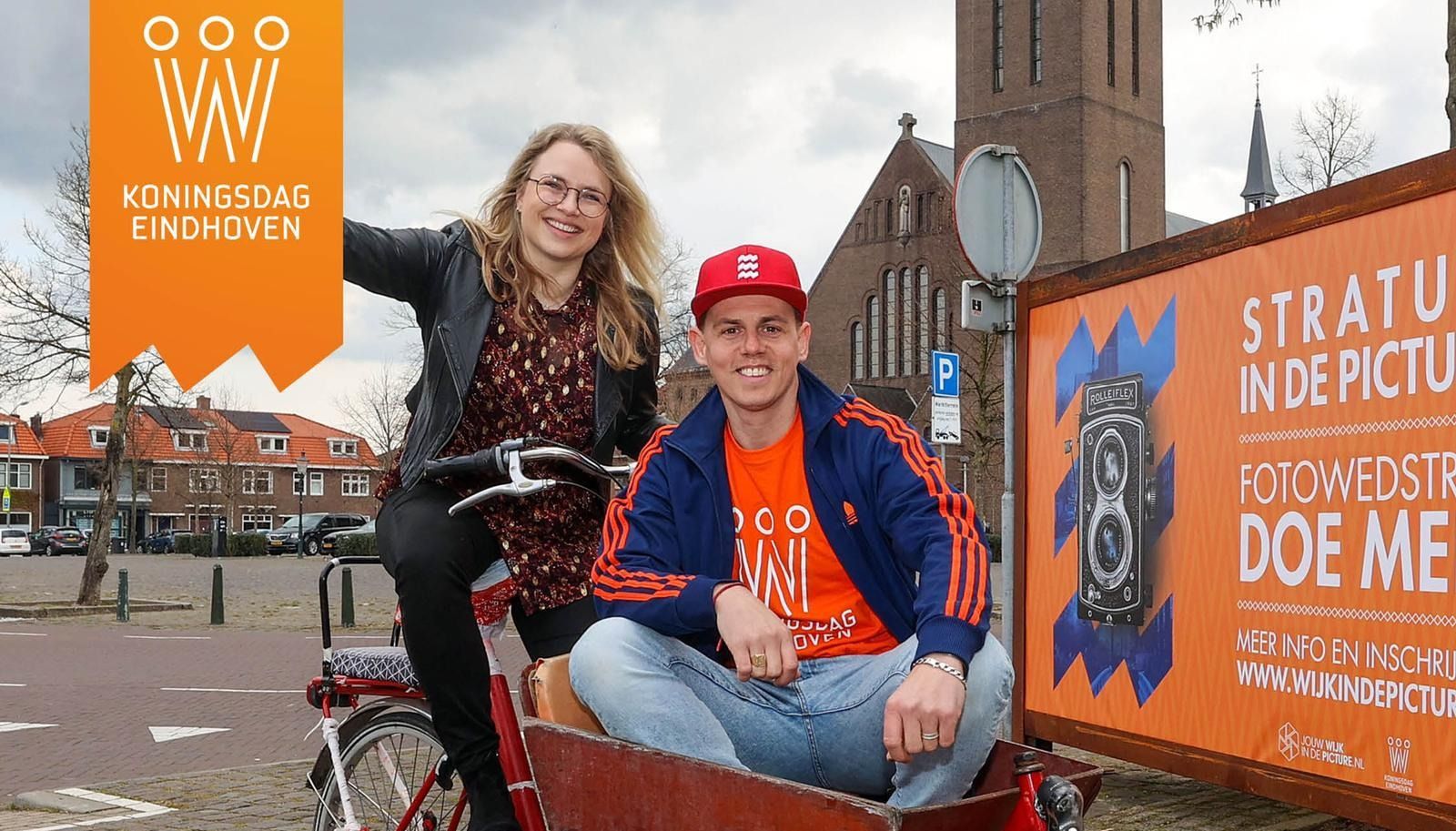 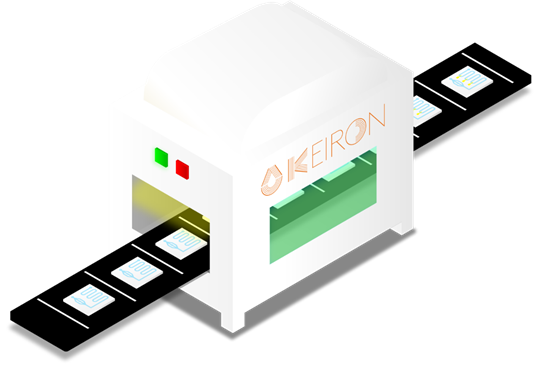 Meet Keiron Printing Technologies: the startup building the next gener... 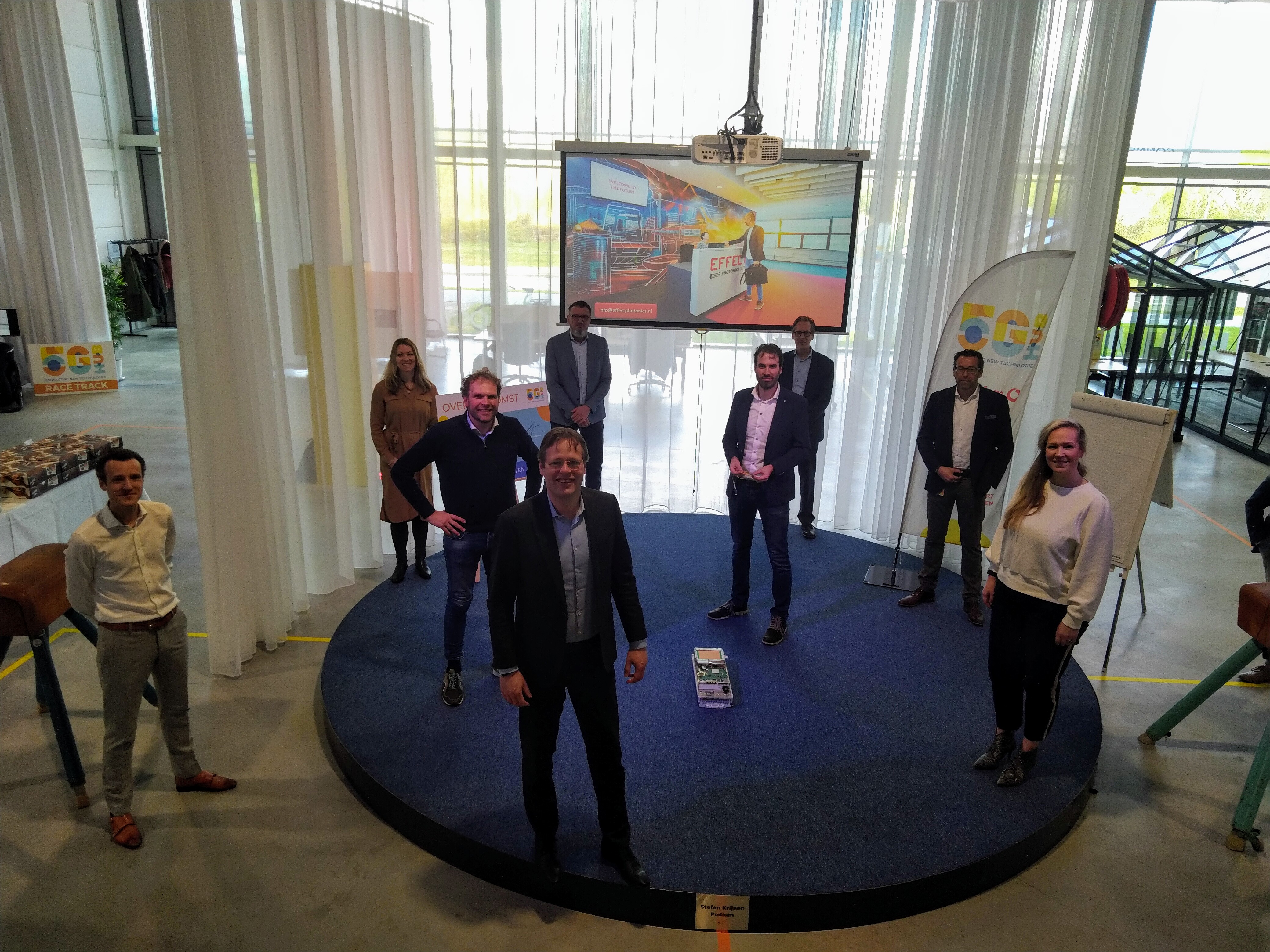